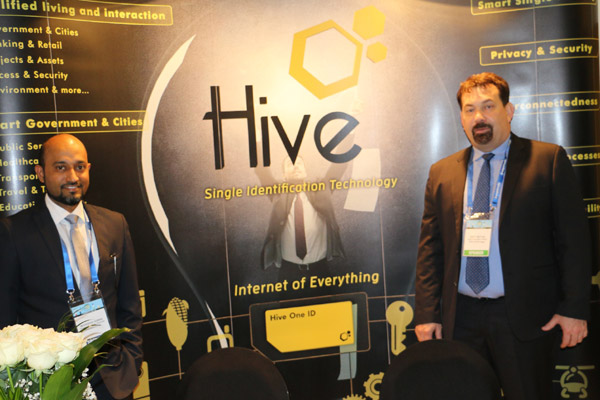 The “Hive One ID” technology is the world’s only wireless identification and monitoring technology that can identify people and objects across functional and organizational boundaries, said the company in a statement.

Currently, people, businesses and governments use different identification methods and devices for different purposes, which results in clutter and complexity, stated Botha.

"As more technology advancements appear, the usage of more identification methods will only increase exponentially as more and more devices connect to the Internet," explained Botha.

At present, he said, one's reality is negotiated through various identification methods used for different purposes, from driver’s licences and passports to loyalty cards.

"These result in clutter, complexity, and compromised security as identity theft becomes a widening concern. The Hive One ID has been specifically developed for the Internet of Things, with the aim of giving anyone – and anything – a unique and secure identifier. This delivers the benefits of security, simplicity and efficiency, and will help revolutionize how we interact with objects and other technologies in the real and virtual world," stated Botha.

"Existing methods of identification face a number of issues when confronted with a new inter-connected reality. First, consumers are being asked to carry a plethora of cards and identifiers – each used for different things. These identification methods have no way of communicating with each other, or forming a unified profile that is safe and easy to use. Crucially, different identification technologies provide varying levels of security – a key concern because privacy invasion and identity theft usually starts by targeting the weakest link in the chain," he added.

In such a scenario, a single identity should be suitable to be used in all aspects of daily life, and one that cannot be copied or replicated, said Botha.

"That is why Hive One ID’s generate a totally unique digital identity that cannot even be recreated by the inventor," he added.

"The data on the Hive One ID is uniquely encrypted by the owner of the ID and only decrypted once updated in secure database. Moreover, the technology is designed to not keep unnecessary data on the Hive One ID but rather in a secure database from where the data will be provided once authorized by the owner. You can think of it as the creation of a digital signature that is authenticated and unique to the person or object," he added.

According to him, Hive One ID has been engineered for a world heading towards the “Internet of Things” where governments, businesses, people and objects communicate seamlessly.

"Every object and person participating in this Internet requires a unique unbreakable identifier. The Hive One ID fulfills this need in a completely secure, encrypted manner, creating a unified identity that can be used anytime, anywhere," he added.-TradeArabia News Service